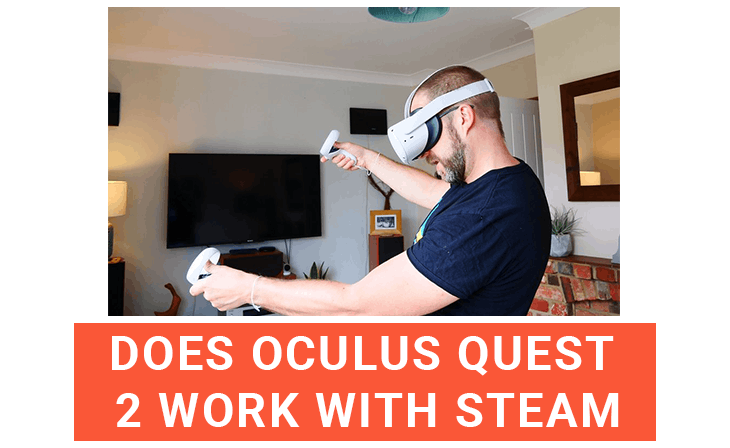 We have all seen and witnessed with our own eyes the massive success that the gaming and tech market has garnered regarding virtual reality headsets and PC-focused games and platforms over the last couple of years. PC games have been popular for as long as our parents have been alive, with pixel games being their start and gaining popularity onwards.

But these days, as technology is moving further and getting more upgrades by the passing second, gamers are finding new ways to add to their entertainment, to find new ways to tether the two worlds together. And this is where PC and VR come together, create one platform, work together, and provide unending hours of lossless entertainment.

The gaming industry is no question booming, so where do the two platforms stand? Does oculus quest 2 work with Steam? Many gamers asked these questions last few months, and thankfully, now they have been answered.

The two unique platforms are working together in utmost ways to bring you a surreal gaming experience, and we are over here, bringing you the necessary information you require regarding gaming and technology.

With the advancement in virtual reality-centered gaming, Oculus is a popular town name in the gaming community; every gamer ever known has a shared love for this company that Facebook owns. And with the recent years passing, they have certainly come out with a myriad of gaming headsets that give the gamer a perfect all-rounded experience for VR.

On virtual reality headsets, another popular VR headset is the Oculus Quest 2, which got released on October 23, 2020, making it a pretty recent release, not even more than a few months old. This virtual reality headset featured has all that the gamers dreamed of in terms of upgrades and advancements that they had reviewed and given feedback of.

Moving along, let’s talk about the features that the Oculus Quest 2 features. It is bundled with an 1832 x 1920 resolution for each eye, doubling that it has a pretty impressive display resolution. Combined with this feature, it also assists a Qualcomm Snapdragon XR2 processor powerful than the last original Oculus Quest 1.

Some other features include speakers embedded into the headset, so you don’t miss out on any immersive experience and truly get to feel that you are in the game yourself. Hadntracking, better image stabilization, WiFi connectivity, better battery, more comfort allows you to game for hours on end without missing out on any key moments in the game.

These features are the reason that gamers, old and young alike, have fallen in love with this particular headset as it delivers on all of its promises and does not lack on central departments that conventional headsets could potentially lack on. Keep reading on for more content!

PC Gaming And Steam- What Is It?

To continue forward with the same topic in mind, we get to talk about PC gaming and its definitions. PC gaming is, in short terms, a form of gaming where you play games on your personal computer rather than on any more giant machine that has the design to only run games like in an arcade. It is unique and cheaper to invest in than an arcade.

PC gaming and gaming PCs have been around for a long time. They have never lost popularity; with that, the topic of Steam also beautifully concatenates itself into this segment as for a few years now, the name Steam has been making waves in the gaming community. What even is it?

Steam is an online library with a myriad of games available to play that mostly cost-free of money. There are some exceptions, like paid games that feature many more advanced options and many more characters, but mostly it is free. You can connect any virtual reality headset with Steam, and it will give you search results for the VR games you can play.

Most VR headsets are compatible with Steam and therefore pose great ease on the gamer that they don’t need to purchase a separate library to find new and engaging virtual reality games. They can use their PC that they already own and enjoy gaming from the comfort of their own home.

Now, moving on to answer your burning question of does Oculus Quest 2 works with Steam? We have previously discussed what Steam is and how it essentially operates.

Oculus has released a lineup of headsets, among which some of them can work untethered and via Bluetooth connectivity with other platforms, and some don’t, unfortunately. The good news for the Oculus Quest 2 is that it can efficiently work with any PC platform such as Steam that we previously talked about.

When you finally get bored of the endless content available on the Oculus Library itself, take a plunge ad experience more connectivity and more content with what the Steam library offers. There are two official ways you can connect the Oculus Quest 2 to the PC platform and get Steam running and going.

The first way is the old-fashioned way, connecting your Quest 2 using a cable. Since Facebook owns Quest 2, it released a wired connection called the Oculus Link, which you could access by buying the specific type of cables that it required, setting up your Quest with your PC, and lo and behold, a plethora of games would be at your bestowal.

The second option, the more convenient option, is the untethered option. For untethered connections to occur, you could use AirLink, a connective way that won’t require any downloads or any other standalone requirements. A third-party option is using Virtual Desktop, which is not official but offers the same services.

So with all this information out of the way, does oculus quest 2 work with Steam? Yes, it does. It gives you endless opportunities for hours of fun that will help you never run out of content to watch or the next game to play.

And with the way Oculus and Steam are advancing, who knows what could be in store for them next? Only time can tell. Until then, keep gaming on! 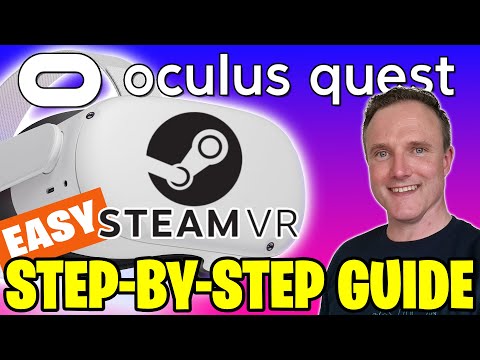