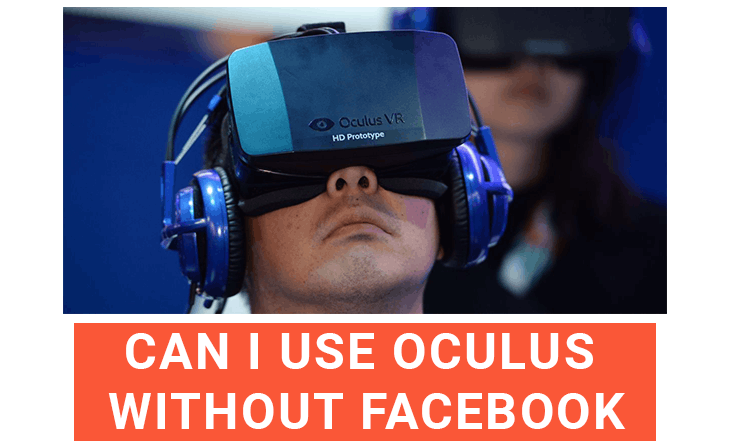 Being a VR headset user and enthusiast, many questions might be arising in your mind based on the requirements. Right? And the most arising question with the release of Oculus Quest 2 was ‘can I use Oculus without Facebook?’. Break your confusions, as here you’ll find the answer to the most asked question.

The well-known manufacturer ‘Oculus’ sells a Quest 2 that requires a Facebook login for sure. You can combine the existing account of Oculus with the Facebook account for the most accessible transformation. The point mentioned above is where many of the VR users step back when it comes to privacy. You are also the one who doesn’t want to hand over any of your data to Facebook. Right?

If the problem mentioned above is faced by you too, don’t worry. There is always a solution to every problem. If you want to use Oculus without a Facebook login, the only way left is to pay for a business-oriented version of the headset. If you are not running out of budget, you can approach the solution by paying for it because it is double the original price of a regular VR headset.

You must log in with a Facebook account if you are using a preceding generation of Oculus gadget for the first time. If you are not willing to merge your accounts, don’t go for it, you have an option. You can easily continue using your existing Oculus account for almost two years, till January 2023. Afterward, you will not be allowed to approach social and upgraded features. Accessing complete functionality will require a Facebook login.

In short, Facebook doesn’t assure that all apps, games services will operate with Oculus accounts after January of 2023. After that time, the main reason for this inconvenience is that it will utilize Facebook for payment, interaction, and corroboration. If you do not have a Facebook account on the Oculus gadget, you may not corroborate with the store, communicate with players, and make payments as well. Hopefully, now you possibly got your answer to ‘can I use Oculus without Facebook.’ didn’t you?

Oculus is a leading brand nowadays of virtual reality and is related to Facebook Technologies, LLC. Oculus was also famous as Oculus VR, LLC, a division of Facebook Inc. Their main plan is to develop virtual reality headsets that include the Oculus Quest 2 and Oculus Rift. Oculus markets its products and gets successful in spreading them throughout the world except for Germany.

In 2012, Palmer Luckey considered announcing the launch of Rift, a virtual reality headset designed for video gaming. And in 2015, Oculus made their relationship stronger with Samsung by building a partnership. As stated by Mark Zuckerberg, he would like to have 1 billion VR headsets in consumers’ hands.

It was October of 2016 when the leading manufacturers launched their first consumer headset named Oculus Rift CV1. 2020 was the year when relabeling of Oculus Connect happened and titled Facebook Connect. Also, they gave the label ‘Facebook Reality Labs’  to Facebook’s VR and AR teams. Finally, in the October of 2020, Oculus Quest 2, the most awaited VR headset, was launched.

This campaign got successful by earning about US$2.5 million as funds given by above 10,000 contributors. It was March of 2014 when Facebook acquired Oculus for 2 billion dollars. The main reason behind this campaign was to build a prototype of the Oculus Rift, which is now named DK1 (Development Kit 1).

Oculus Rift was explicitly designed for gaming purposes and is a gaming gadget that will immerse you in the virtual world. Back in 2015, a release event for Rift was organized in which Oculus declared nine launch titles for the device, Oculus Rift.

Before the Oculus Quest 2, the launch of the original Quest was held on 21rst May 2019. Later the company launched an updated version named Oculus Quest 2 on the 13th of October 2020, developed by Oculus, a division of Oculus. This virtual reality headset with 4GB memory Speed and 64 GB and 12 GB storage based on Android source code.

Observation says an upgraded internal specification, better controllers, sharper display with a higher per-eye resolution, and refresh rate in Oculus Quest 2. Based on observation, Oculus Quest 2 is the most affordable option and is the choice of many VR headset users. The credit of attraction in its design goes to the smooth plastic used, a feature that catches the eyes of many.

This device mentioned above utilizes a Pentile OLED display per eye, alongside a discrete resolution of 1440 by 1600. Also, the refresh rate observed is 72 Hz for a more realistic movement and an improved gaming encounter. The second-generation controllers are appropriate for Oculus Quest 2, and the Camera of the headset also operates with controllers. The company launched this headset with more than 50 titles containing a blend of ported and new games. 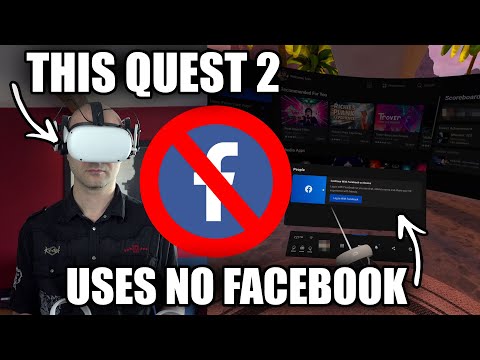 By going through the whole of the article in which you got the answer to the question, can I use Oculus with Facebook? Also, you can now stand at a point where you can easily conclude the right decision, as we’ve mentioned the difference between two of the leading VR headsets. Keep in mind all the worth-considering features while choosing the right option for you this year.