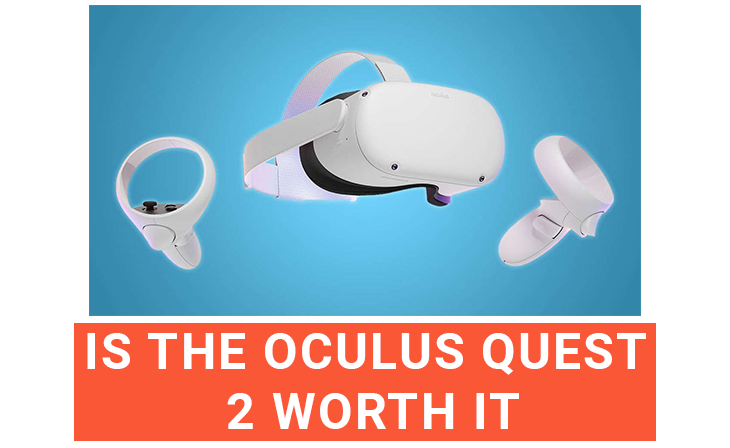 Since the past couple of years, it is no secret that the gaming world was shaken to its core when the gamers introduced a newfound form of gaming, something that could bring a new experience to veteran gamers and a way to invest in new and better games, and how they’re played.

Gaming has always been an essential fundamental core ever since the existence of humankind. Gaming from a young age gives the child a new experience, but it can also improve their concept of gaming, response times, and how to react to different situations.

Is The Oculus Quest 2 Worth It?

Gaming can also help develop fast-thinking skills, neurological skills and be a source of relaxation after a long tiring day; it can also contribute to developing their mental health, forming a group of friends, and making them better human overall.

What is Virtual Reality?

Now, let us dive into virtual reality before we dive into our next subtopic. Virtual reality in its simplest form is a gaming headset that, combined with some infrared sensors, can connect reality and the gaming world and have it become interactive and give you a 360-degree view all around.

Game developers invented original forms of virtual reality as early as 1957. Still, they weren’t technologically advanced until after the 2010s, the years where technologically bloomed and moved impressively, taking over our entire lives. Now, let’s figure out if the oculus quest 2 worth it or not.

The Oculus VR headset has been released twice, the original Oculus Quest 1 being released on May 21, 2019, whereas the second Quest was released on October 13, 2020.

Let’s look at some of the fundamental differences between the two. The Oculus Quest 2 features an overall white aesthetic design compared to the black and grey theme with the Oculus Quest 1.

The Quest 2 also comes with a head strap that makes it more comfortable to have the headset rest while you experience the utmost reality immersed with the world of gaming.

While the Original Quest did not have this unique feature, the Quest 2 has a feature where the lenses could move in 3 different positions according to the gamer’s need. The comfortability factor joins in as each gamer has a distinct preference for the placement of the lenses.

Now let us talk about the Quest 2 that makes it more wantable to a gamer.

Still not convinced whether to buy the Quest 2 or not? As the article is continued with more reasons on more features that the Quest 2 is equipped with, have no fear.

Reasons Why You Need The Oculus Quest 2:

Now that you have read about the differences between the Quests let us dive into some of the reasons that may convince you to buy the Quest 2, the new and improved version of its predecessor.

A similar thing with the original Quest is that this headset is battery-powered, which can mean being able to freely move around and not having the fear and anxiety of accidentally tripping over any connecting wires.

The headset also is upgraded with more RAM meaning faster gameplay and a more immersive experience than before; it also means minor lagging and higher resolution games to be played with utter ease.

Quest 2 is also equipped with a higher display resolution that can mean a more immersive experience overall. The games appear sharper and seem more real, bringing in the concatenating factor of reality and simulations together in a beautiful experience.

A 90 Hz refresh rate also leads to smoother gameplay as the game is free from any annoying lags and runs a lot efficiently. So to say, the Quest is a good investment for experiencing fantastic gameplay.

Caveats Regarding The Oculus Quest 2:

As seen before, the Quest 2 is a genius invention that can combine reality and simulations. However, it still lacks like every technological gaming product ever released, so let us look at some things that the Quest 2 could have improved but unfortunately left overlooked.

Perhaps one of the biggest reasons for hatred towards the Oculus Quest 2 was that it needed a Facebook profile to sign in and make an account. While that was okay for the safety factor, it got annoying as people wanted to sign in instantly, and combined with the untrustworthy history of Facebook; it caused many backlashes.

The Quest 2 is also equipped with fewer infrared sensors than the first Quest, meaning that sometimes games could lose connection, and the player could lose a quest (pun intended).

Lesser infrared sensors lead to drained batteries overall that could be a reason for more dislike.

Where To Find The Oculus Quest 2?

Now let’s investigate where you might be able to shop for the Quest 2?

Amazon: One of the most reliable places to shop for the Quest 2 is on the Amazon website, which can guide you with the full specifications and price ranges for the Quest 2. A 64 GB Quest 2 is running for about $300 on Amazon.

Oculus: How can we forget the actual Oculus website? The official website can offer you not only the headset standalone, but it can also be upgraded to higher storage as well as be equipped with games.

Conrad: Conrad is offering the Quest at a retail price, too, if for some reason it gets sold out on the other websites.

So go shop for your personal Oculus Quest 2 before it all gets sold out.

Taking a look at all the caveats and the fantastic features that the Oculus Quest 2 has been equipped with, if you are willing to overlook the small mistakes made in the development process, you are not far away from immersing yourself in the seams of virtual reality.

To fully experience everything, we suggest you rent or buy the Quest 2 yourself to get the whole hands-on, one-on-one experience of virtual reality. So, in conclusion, is the Oculus Quest 2 worth it? In our opinion, absolutely.