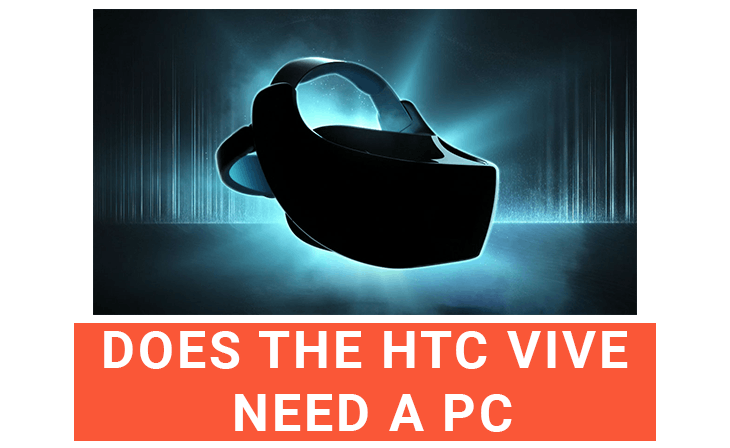 It is no secret that virtual reality as a whole is leading the world of technology at a fast pace. The significant growth of the virtual world has been noticed since 2019 when many of the options were on screen. It is no wrong if we say this incredible technology has the potential to change our lives and the way we operate. Sometimes all you need is to immerse yourself in a different world with a real-world view. Right?

Does The HTC Vive Need A PC?

When it comes to using technology and its advancements, there is always a space to get to know new things. Understanding these new things can raise many questions that have to resolve before using any device or gadget. Among most asked questions about virtual reality headsets, a question prevalent is ‘does the HTC Vive need a PC.’

Are you also looking for the answer to this question and many others like this? If yes, you are at the right place. Here we’ve answered in detail about the PC-based virtual reality headsets.

Yes, HTC Vive requires a gaming PC to run the system and let you immerse in the virtual world. VR headsets are not the only thing you require to enjoy VR; other hardware is required. It would help if you had a powerful PC to cope with the needs and demands and experience your desired virtual world. The HTC Vive, HTC Vive Pro, and Cosmos are all the headsets that require a gaming PC to run the system.

How China Solved The Problem Of HTC Vive Only Operates With A PC?

China has now coped up with the situation by a partnership with Dalian Television and Beijing Cyber Cloud. Engadget reported that HTC China has now partnered with the names mentioned above to solve the PC problem. Now, consumers can use the HTC Vive without a PC to interconnect. They now only need to connect the HTC Vive to a set-top box, and the experience of virtual reality surged over the internet.

Without a PC, this operation service would offer a subscription package accomplished with a 60Mbps broadband connection. The monthly subscription will cost you around $76, followed by a refundable deposit. Grabbing this opportunity doesn’t mean Vive is yours; you are just renting it. Owning the Vive will cost $1,055 that encompasses access to surged VR for one year.

Why Should You Consider HTC?

The HTC Vive was co-created by HTC, and it is considered the first headset alongside an extensive span of motion complete virtual hands. If you are searching for a high-end gaming VR headset, this must go for you as it is one of the most appealing headsets nowadays. You can have about four options when it comes to HTC headsets.

Valve and HTC, both with room-based tracking technology, produce this virtual reality headset mentioned above. This incredibly impressive VR headset was built using the technology to move the user into 3D space. You can interact with the environment using handheld motion-controlled controllers and immerse yourself in virtual reality.

HTC discovered this pre-head-mounted display in the course of Mobile World Congress themed in March of 2015. In August and September of the same year, the company released its development kits. Afterward, HTC launched its first consumer version of this head-mounted device in April of 2016.

This Vive VR headset offers a 90 Hz of refresh rate to lead you to a realistic and natural encounter of the virtual world. Two OLED panels, each having a resolution of 1080 by 1200, are inserted into this device for a more definitive version. The 110-degree field of view is offered, which is better than many thereof the same price range.

The Vive controllers have grip buttons, a trackpad, and a dual-stage trigger; you can use them for 6 hours based on per charge. Twenty-four infrared sensors for detecting the base stations are attached to the rings of controllers to predict the location. Moreover, the HTC Vive is allowed to use the controllers of the Valve Index created by Valve.

In March 2016, the device offered 107 games in the format of virtual reality. It was when they opened pre-orders for the most-awaited HTC Vive. The launch of the wireless adapter of HTC Vive was held in September 2018 as an accessory. This feature will let the headset connect to the computer without the cord, and the price set was $300.

Now that we’ve answered the most asked question, ‘does the HTC Vive need a PC’ alongside much of the information about this device. You can now choose the right option as we’ve done extensive research defining the details of the most awaited VR headset, HTC Vive. Let yourself immerse in the virtual world without breaking your bank and getting the most promising features. 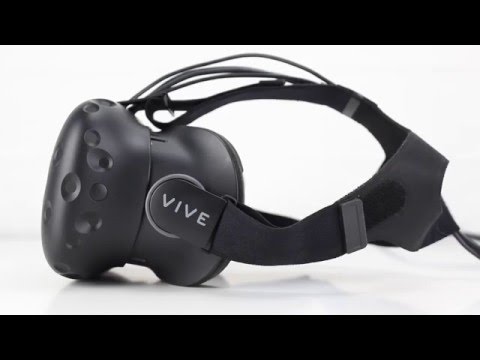